With the White Edition we had a good solid base to work from. We took what we had learned from the original car, and the Yellow Edition, and we created a good basic car, as well as we could. We intentionally included a lot of setup options, that people who don’t ”get it” sometimes made fun of. We did this so that we could make all the tests we wanted to make, without having to produce so many prototypes. The people who tell you they know everything are most likely the ones who hardly know anything. They just assume. We prefer to know and understand, not assume, that’s why we have never had a problem admitting that we don’t know or that we don’t understand something. Well, after 2 years with the WE, we now have the next evolution, the WE LV. As we learn to understand car dynamics, we improve and move forward, this is the next step.

The changes may be subtle, but they made a significant difference, and many of them are linked to each other. Compared to the original WE, the LV is more stable, more easy to drive, as well as a lot better when pushed hard. You can get away with more, and this inspires more confidence in the driver, resulting in improved lap times. The same way the WE was better than the YE, the LV is better than the original. The changes are less noticeable, but the difference on the track is definitely noticeable, both in feel and in the lap times. 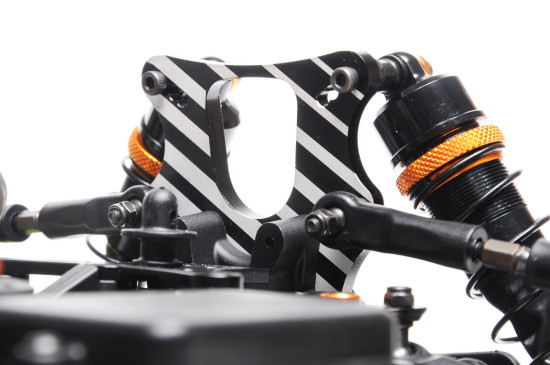 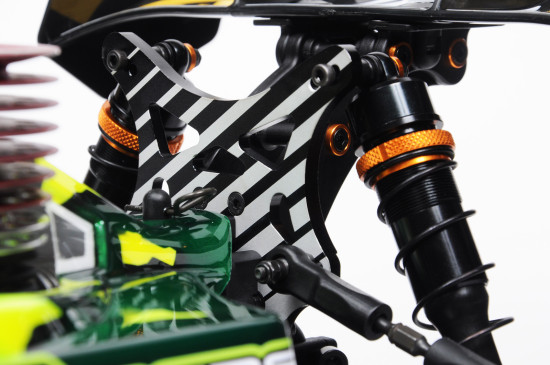 We have addressed the main durability concerns with the original White Edition. The shock standoffs are no longer made out of recycled chewing gum, and don’t bend. We were almost bankrupted with ice creams last year, and have a long list of back orders. The diff issues explained above are gone (fingers crossed) thanks to the new diff housing insert. Finally, but unfortunately due to unfortunate circumstances, harder hinge pins, and softer hex pins, in order to avoid bending/breaking will be a running change implemented later on. Click on the images below for explanations. 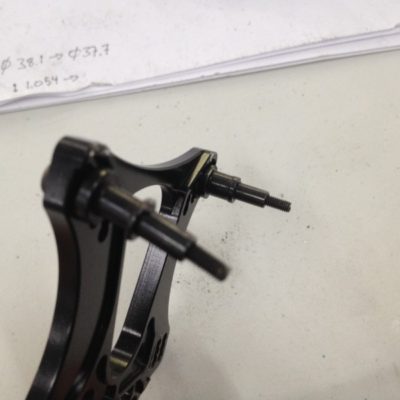 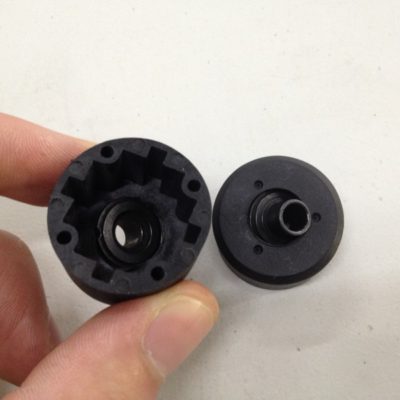 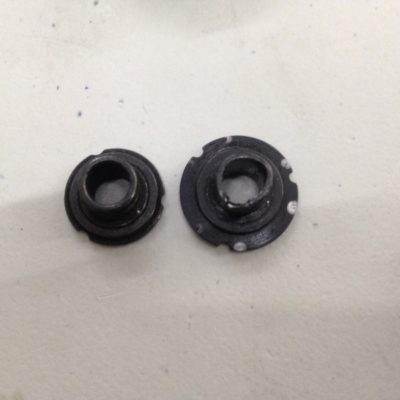 We have raised both the front and rear shock holes slightly, to give more up-travel. Why didn’t we do this before? Because of the differentials. Strange reason, I know. Let me explain. We used to have a problem where certain drivers would break the inner diff gears, while others wouldn’t. We could not figure out what was going on. Turns out, the diff case steel insert was flexing, and in some cases bending permanently, due to the driveshaft hitting the out drive on up-travel on heavy landings. Drivers that tended to land crooked on power ran a greater risk of breaking the inner diff gears due to this problem. Adding up-travel would have made this worse.

So, we had to wait until we could change the diff case insert, produce new moulded diff cases with the new insert, then modify the diff outdrives for more clearance for the driveshaft, and only then could we raise the shock holes. Now that is all done, and we have once again taken a step forward.

There are also fewer holes, closer together. Originally we had a lower row, because we wanted to test the lower row, and outer holes on the arms, but we never achieved as good results as we did with what we have now, so we removed the extra holes. The arms still have the holes, because moulds are expensive, and it is not feasible to make new arms at this time. 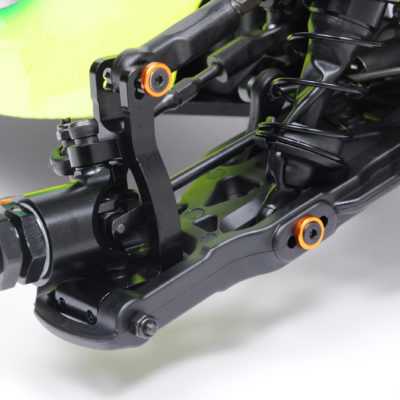 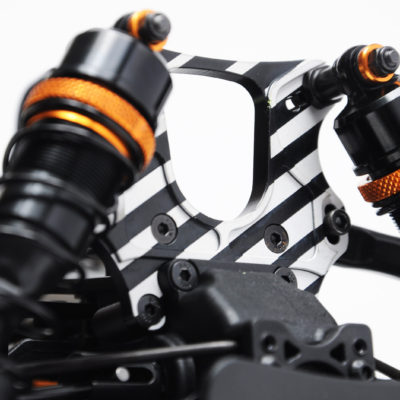 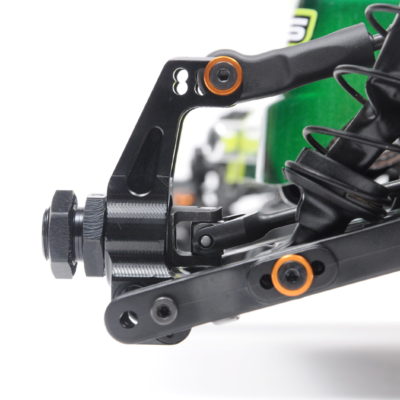 We now ship the car with a fixed 3 degree toe in plate. There are optional 2.5 and 2 degree plates available. This way we can use the same inserts as in the other holders, to adjust height only. The reason we went to that insert was that so many people couldn’t figure out the toe in inserts. Not exactly rocket science in my opinion, but still people were putting them in wrong :-D, so we simplified it.

The arm holders are also 2mm higher. The combination of running a lower roll centre and a higher arm holder worked a lot better, and this is why we ended up going this route. The car handles more aggressive situations and driving a lot better, while still having a soft feel to it. 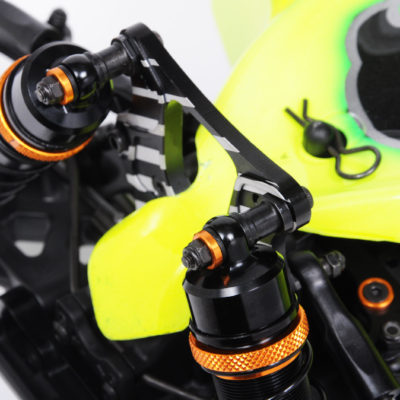 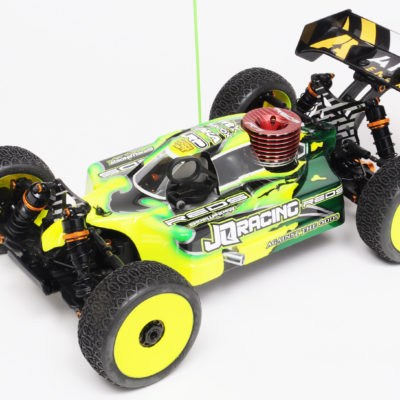 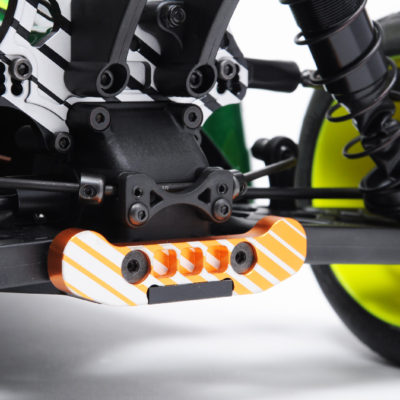 We now ship the car with 7 hole pistons, and grey springs. 7×1.2 in the front and 7×1.3 in the rear. This setup is the best setup we have come across by far. Other setups work sometimes, but no other works all the time, like this one does. A lot of drivers tend to want to run 8 hole pistons because some other cars run them, but they just don’t work on the WE in my opinion, for whatever reason. The grey springs work well everywhere, and are a good compromise.

Last year we started drilling our shock towers, adding higher holes. What most people didn’t know at the time, was that I also made different hubs to test with higher holes. We found what works best, eliminated the unnecessary holes, and now have towers and hubs, with higher holes, and less overall holes. What we achieved with these changes was a car that settles down when getting on power, so when you are about to crash, if you add more throttle the car will actually become more stable, a car that is A LOT less likely to flip over, and one that is more balanced, and safe to drive. 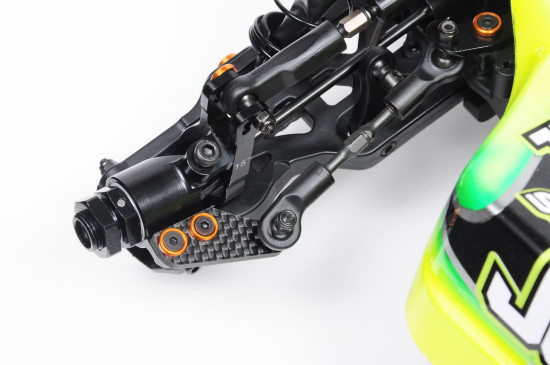 We added plastic bearing inserts to the hub bearings, mainly for production issues. The bearings are now housed in bushings instead of directly in the aluminium hub.

We also changed the steering knuckle, so the steering link attaches to a separate piece. We did this so that we can modify the steering geometry easily, without changing the whole knuckle.

The White Edition LV is an updated White Edition, not a completely new platform. However, the changes are significant enough where an update kit is not possible to make. The updated parts are simply too expensive for it to make any sense.

Our plan is to make controlled steps forward each year. We don’t want to guess, we want to know, and the White Edition LV represents what we know at this time, about 1:8th scale buggies. We are sure you will enjoy it!