THE Story Part 1 – THE Beginning

When I was 18 years old, I finally woke up. I don’t mean that I found God, or realised that Santa Clause is a big fat lie, I mean something completely different. I had discovered RC Car Racing a few years earlier and purchased a cheap rc car to see what I thought of it and realised I loved it. So after saving money and buying a car, I’ve now been racing for two years. I was lying on the sofa, reading an RC Car Magazine, and I still remember it was a race report from Hot Rod Hobbies Reedy Truckrace. I was looking at the pictures and I thought to myself: “I wish I could go and race in America, the tracks look perfect and it seems like RC Mecca! I wish my life was different and I had money to go.”

The best tracks are in USA!

Most people, including me, live part, or all of our lives in a bubble. We are controlled by a social dogma that dictates the course of our lives. People make decisions based on what is expected of them, or what they think is right, based on what others do, and what is normal, safe and easy. This is why I started my thought with “I wish I could”, and I didn’t think: “I am going to”. You see I was in the last year of high school and I was expected to apply, and go to university. So I knew what I was going to do, even though I hadn’t actually formed my own opinion, it was formed automatically. Then it happened. I still remember it. It was really strange. I put down the magazine, like in a movie when someone just gets the idea of the century, and I thought: “What’s stopping me from going?” The answer was simple. NOTHING! It may sound dumb, but the big step was realising that the truth was that nothing was stopping me, and then really understanding and accepting the fact that so many people, books, and movies repeat over and over: You can become or do whatever you want if you try hard enough. It’s just that in movies it seems to come easily, and in the real world it doesn’t. 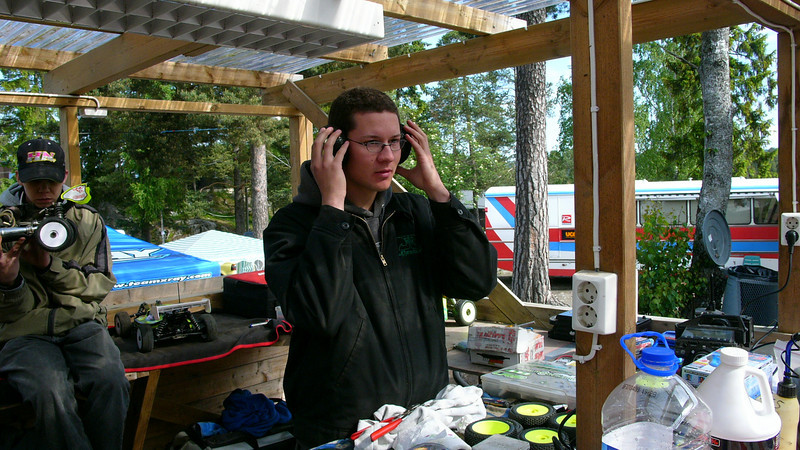 ·I just had an idea!

Most people know what they want, but few actually put in the effort and go about getting it. That day on the sofa I realised that actually, I control my own life, and am the only one who really knows where to take it. Later on I also realised that I am one of those people that does whatever is needed, for as long as it’s needed, until I reach my goal. The hard part is figuring out what it is I actually want, and not living life on autopilot, going with the flow. So as for America, I applied for university, because it made sense, but then I took a gap year, worked two jobs, saved money, and went to live in a youth hostel in Huntington Beach for 3 months. Before I moved, I was quite lucky to have someone warn me beforehand about the troubles I might have financially whilst on my gap year. One of my friends told me about this website which gives advice about the best credit cards to get if you have no credit history. My friend told me that I’d probably struggle, especially because I had no credit background. The website that she told me about was helpful, and eventually, I was able to start making money from my jobs and I was living comfortably. Some of my other friends chose to use their gap year to backpack and travel the world, however, they hit a few bumps in the road when it came to figuring out how to earn money whilst travelling. Many of them decided to do things like tutoring in other countries and teach English, whilst others decided they were going to write on a travel blog to earn a bit of extra cash.

·My home in Huntington Beach for 3 months. It’s not there anymore I heard 🙁

Now you may understand, how making the wrong decision that makes no sense, ie., quitting racing for my long-time car sponsor, just as I was starting to get successful, designing my own RC Car, and attempting to get the car made, but failing twice together with interested RC Companies, was the right decision that made sense to me. It was not expected from me, but there was nothing stopping me. I wanted to do it so I did. Now after two failures, a rapidly deteriorating racing career, an unfinished Masters in Mechanical Engineering, and a seriously ridiculous financial situation, you would expect, that the best thing to do would be to bite the bullet, accept failure, get a job, finish school, race as well as possible, and forget about THE Car. Well, this is true, and would be the normal thing to do, but it would lead to something un-interesting. Furthermore, the truth is, I still wanted to make THE Car. The car needed some work doing to it before it would be presentable at any meet of any sort. From going to an auto brake repair service in Chantilly to ordering parts online, it needed a major renovation. So after a few months I had another thing happen. Suddenly, as I was driving to the track to practice, some thoughts that had been in my head for a long time fell into place, and again I knew what I wanted to do. That night when I got home, I figured out what a business plan is, and started writing one. Soon after that I started a company, and began figuring out how much money I need to produce a car, where I could get it produced, and equally importantly, where I could get the money to do it. I felt like nothing was going to stop me now, because I had made up my mind. Again the hard part was making up my mind about what the hell it is I wanted to do! Or so I thought…

Don’t look back, because there is no turning back now!