The dust has settled at the Adelanto 3rd annual Stadium Nitro Shootout. The JQ Vegas Squad setup on Friday for practice. The track was smooth and loamy. It had good flow and was easy to learn quickly. During practice I felt my car could have been faster and wasn’t set up for such a loose track. I wanted to make changes to my shocks, like I always do, but feared I’d be ridiculed by everyone for being that guy again! So, I let it ride and tried to play the cool guy like I didn’t actually want to make any changes.

So, instead of wrenching all night, Paul and I chilled with Phil, Hayden and Brian while they replaced diff cases and shock shafts. We Drank beer and Micheladas talking about tires and the track till all hours of the night. Needless to say, some of us made it to the track a little late in the morning.

In practice I ran Beta Freeride tires, they are a big pin tire for loose or loamy track. Before the first qualifier I noticed the track was starting to change. A lot of the dust was settling outside the race line but it hadn’t formed a groove just yet. I decided to try the Beta Vmax tire, still a big pin but spaced closer together. I did ok in my first qualifier and a hair worse in my second qualifier. I ended up about 6th in the B main.

We had one hell of a time trying to organize all our races and make sure everyone had someone to pit them. Johnny Morrow set me down and pitted me for the B main. Somehow, I managed getting in front of the wrong cars 3 different times and before I made it to the second turn, I was second to last place. To my surprise the track had finally come around. I was still running the Beta Vmax tires and I could tell they were a good choice. A couple of the turns had blown out and a small groove had started to form. My JQ Black edition floated effortlessly over the rough and made it easy to squeeze inside for a couple cool passes. In the 10 minutes I was able to catch second place and steal the last bump up spot.

We had a clean start in the A Main and I caught 3 or 4 cars by the second lap. By then, I was hovering around 4th and 5th most of the race. About the 7 min mark or so I collided with an over turned car at the end of the straight away I heard the snap of an arm from the driver stand and thought it was all over. To my surprise my car kept chugging along. I felt bad for the car that just broke but there were blind spots all over the track and there wasn’t a whole lot I could do about not being able to see him. I set my idle just a hair to low and missed my pit guy when I came in for fuel so my car sat there till we got it figured out. I flamed out in the pits, but Paul got the motor fired right back up. After the all the pit commotion at least 3 cars had broken crashing on the triple and one of them was the leader. With only a couple minutes left, I was in 3rd with about 12 seconds on 4th place and I was able to put in some clean laps and sneak my way onto the podium.

It was so much fun, and its true when they say anything can happen in nitro. I have to thank Paul, Phil, Hayden and Brian for the great company, laughs, and of course all their help making sure the team always had the help we needed. I can’t forget John Morrow for pitting me in the B main and helping me get that bump spot! Thanks, Keenan, for all the support and Joseph for the great car. My Bullit engine was screaming all weekend, my Beta tires were digging in perfectly, and my Savox servos didn’t let me down! Thanks Brent and the track crew for putting on the event. I can’t wait for next year! 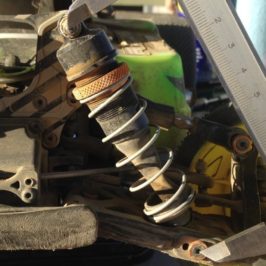 Here it is, the first of many posts, in which we will by the... 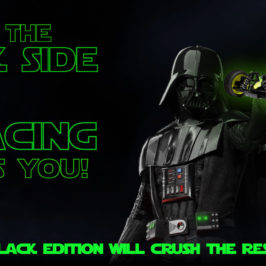 As the end of the RC season approaches and 2019 is right around the corner,... 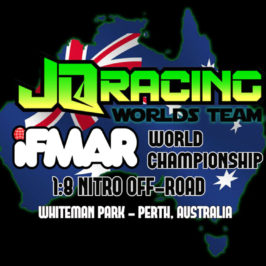 The JQ Racing Team headed to the Worlds in Perth,Australia good luck and have fun...